History and potential winners of the Hungarian Grand Prix

Hungary has been part of the Formula 1 World Championship since 1986. Bernie Ecclestone wanted to have a Grand Prix in the Soviet Union but chose Hungarian Grand Prix instead.

The design and location of the Hungaroring make it a unique place for spectators. It was built in a valley, and fans can see up to 80% of the track no matter where they are seated. There are not many places to pass, and this affects the F1 Hungary results.

The Hungaroring has a reputation for being a slippery track that lacks grip. The Hungarian Grand Prix circuit is rarely used throughout the year and it has a very dusty surface. The fastest F1 Hungary qualifying results are usually set at the end of each session when the track gets faster.

The race is always held in the summer months, and the only wet race at the track was in 2006. The rain affected the F1 Hungary results that year with Jenson Button winning the Hungarian Grand Prix for Honda. 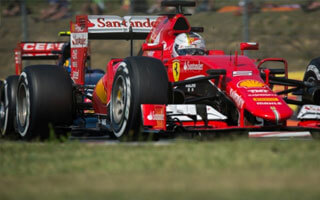 Lewis Hamilton started Formula 1 Hungary 2016 from second place but stole the lead in the first corner. Nico Rosberg trailed Hamilton for the entire race, but could not pass his teammate anywhere before the race was over. Daniel Ricciardo finished behind the Mercedes cars to claim the third position in the 2016 Hungary F1 results.

It was a typical uneventful Hungarian Grand Prix with very few overtaking moves. Hamilton lapped half of the field with Force India’s Nico Hulkenberg in tenth place being the last car on the track to finish the F1 Hungary results on the lead lap.

There was some controversy during Hungary Formula 1 2016. After being stuck behind Max Verstappen for nearly 20 laps, Ferrari driver Kimi Räikkönen complained of the Dutchman’s blocking tactics which prevented the Finnish driver from joining the prestigious list of Hungarian Grand Prix winners. 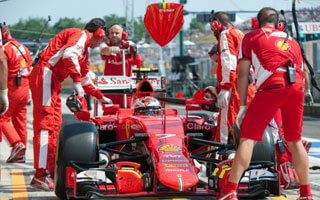 The 2017 Hungarian Grand Prix brought together some of the finest racers in Europe for a fantastic competition. Taking place on the 30th of July, the tournament saw some great moments, all taking place on a clear and sunny day. There was a lot for any sports fan to enjoy, and Mogyorod was filled with enthusiasts from all over the world. The final results were as follows:

Resta Astonished the Crowds with His Skills 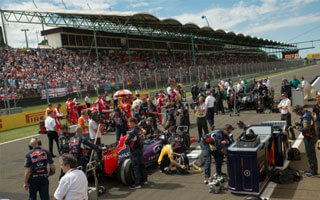 Free practice saw the racers get ready for the main event. Sadly, Massa was taken ill following the practice and had to be replaced by teammate Paul di Resta. Fortunately, Resta was still able to qualify in 19th, despite the fact that he was driving a car that was not customised to his own settings. These results were truly unbelievable and drew the kind of astonishment that they deserved. Resta was fairly inexperienced with this kind of car, so it was genuinely surprising that he managed to do so well.

Vettel Managed to Take the Lead

The main event saw Vettel head out in front from the get-go, which was not what anyone had expected. At one point, Verstappen and Ricardo, teammates, found themselves in a collision. This was an unfortunate outcome, and not what anyone had expected. Their team suffered badly as a result, and they were unable to reclaim any kind of advantage. Grosjean pitted and found himself released with a loose wheel nut. The end of the race saw Vettel take the podium in his car number five. He now has an impressive lead over Hamilton in the tables, with an extra fourteen points on top of his nearest contender. 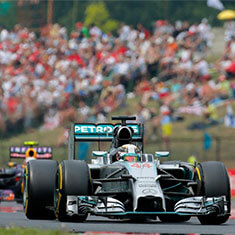 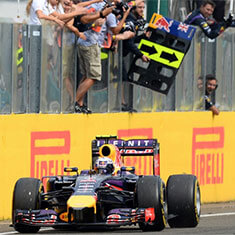 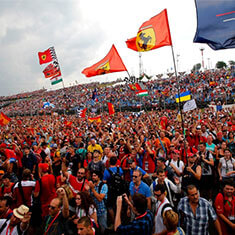 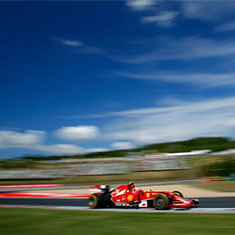 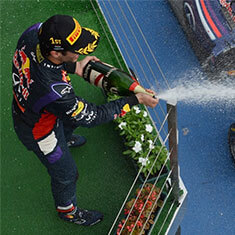 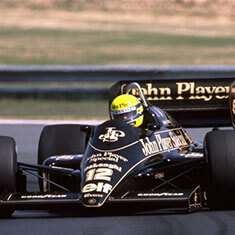 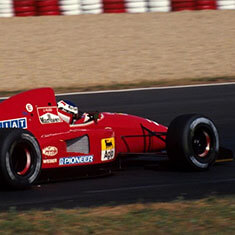 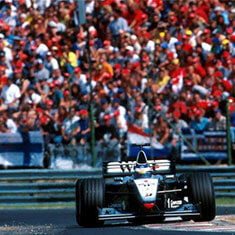 PREDICTIONS FOR THE 2018 HUNGARIAN GRAND PRIX

As usual, the Hungarian GP results will be decided by who is leading the race going into the first corner on the opening lap.

Races at the Hungarian Grand Prix are usually uneventful because there are few places to pass around the circuit. The Hungary F1 results are often decided on track position, and most overtaking occur when one car passes a rival who is making a pit stop.

The 2017 Formula 1 World Championship has been a battle between Lewis Hamilton and his Ferrari rival Sebastian Vettel. Mercedes and Ferrari have the best cars this season, therefore, Valtteri Bottas and Kimi Räikkönen can also be considered a potential winner of the Hungarian Grand Prix.

The 2021 Hungarian Grand Prix at the Hungaroring circuit near BudapestTHU 30 JUL - SUN 01 AUG 2021
This race starts in:
Place your bet